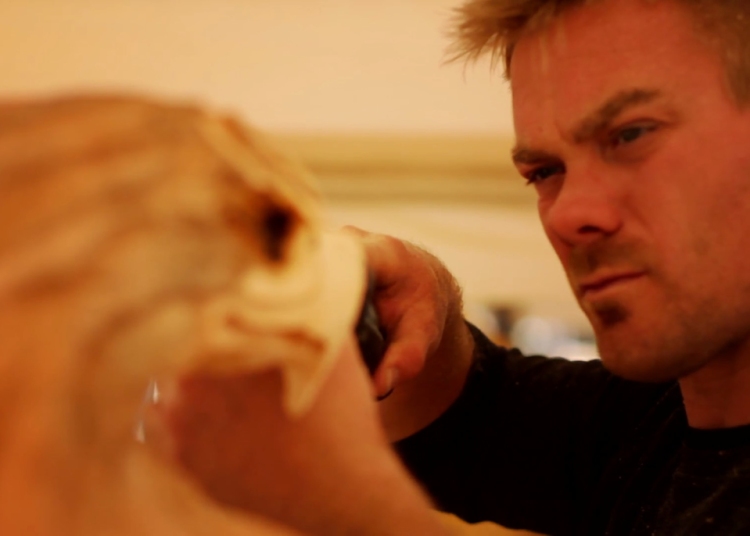 Originally from Dawson, MN, Jarrett Dahl grew up enjoying all the pleasures of living in the country. As children, he and his brother Jordan climbed trees, played ball, fished lakes, and annoyed their three sisters. When summer came Jarrett’s mother, father, and their five kids headed across the country for family vacations filled with serious adventure and learning. History, geography, and culture took on real meaning as they journeyed through almost every state.

At the age of 18, Jarrett discovered his chainsaw talent in the summer of 2004  while visiting Alaska. Scott Hanson, a successful chainsaw artist, gave Jarrett a carving lesson on his second day in Alaska, and by day’s end he had carved seven little stump bears–and they sold quickly. He continued to carve, mostly bears and eagles, under the apprenticeship of Hanson. Ever since, Jarrett has passionately pursued chainsaw carving and has honed his skills beyond their wildest expectations.